How my law school study group saved me (Guest Post!) 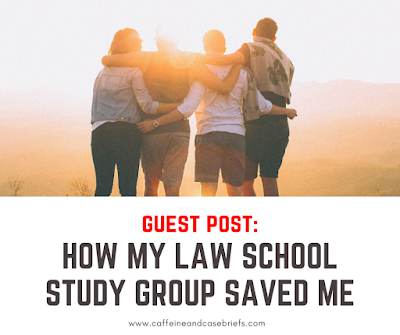 Oh, crud. What have I done?
It had been only two weeks and I already felt like my soul was withering away. Seemingly endless days buried in books. A competitive culture. Classrooms haunted by an Ancient Greek philosopher who was turning out not to be quite as cool as Bill and Ted’s Excellent Adventure had led me to believe. The Socratic Method is sometimes accused of being a law student torture apparatus. That’s because that’s exactly what it is.
Maybe I'd made a mistake. Maybe law school was not for me. Gone were the days of being surrounded by friends and the collaborative learning environment I had once enjoyed as a corporate trainer.
It probably shouldn’t have taken me two full weeks to start to question the sanity of quitting an awesome job, selling my house, and squeezing my growing family into a small, two-bedroom cinder block apartment. There was at least one red flag by day one.
When you opened up the main doors to enter the law school I attended, you were immediately greeted by a dark brick wall. Though a reliable receptionist, the school may have well hung a sign that said, “Abandon hope, all ye that enter.” That wall could be an accurate metaphor for the experience of many law students.
That brick wall could have been a metaphor for me. But it wasn’t. I could have emerged from law school depressed and cynical. But I didn’t.
Week three changed everything: It gave me a killer study group.
Forming the right team
One study group strategy is to team up with gunners. Gunners sometimes get a bad rap for holding the grip too tight, brown-nosing with professors, and other socially destructive behaviors.
There’s a sliding scale between the laziest students and craziest gunners. You don’t necessarily have to be a self-absorbed, ultra-competitive freak to be a gunner. Some gunners manage to be well-prepared and engage in class without damaging their reputation or relationships.
Good gunners can come in handy when it comes to study groups. Well-prepared students can often explain things in a more digestible way than professors. This is probably because they recently walked the bridge between ignorance and competence. Professors may have a harder time remembering just how long that bridge can be.
You may be tempted to make a gunners-only study group (or at least a group where everyone else has to be a gunner. . . ). I can see how that approach may seem at least a little appealing, but it's shortsighted.
Gunners are good, in moderation
For starters, gunners are highly competitive and a study group where everyone is aggressively competing with each other, even if they're pretty nice about it, won't be much fun.
A more important issue is that a gunners-only study group may lack diversity of personality types and approach. During law school, you'll likely learn about the prudent investor rule. Something prudent investors almost always do is diversify. Your study group is an investment. Make sure your portfolio of study group compadres is a good mix.
That's what I lucked into when I haphazardly approached several classmates about joining my study group. A couple of us were genuine gunners (and probably took law school a little too seriously), a couple probably could have taken law school a little more seriously, and a couple were somewhere in between.
We balanced each other out. We kept each other sane. And we opened each other's eyes to fresh perspectives.
Formula for study group success
The traditional mid-semester study group model is pretty simple: Study the assigned reading, then come together to discuss. (When finals come around, it looks a little different, but I want to focus this post on more of the day-to-day class preparation.)
There's nothing fundamentally flawed about the traditional study group formula. If you have the time for it. The problem is many law students don't have the time to carefully read every case on their own, let alone get together to talk hypotheticals and theory after.
Being married with children, active in the community and in my religion, I personally had a hard time keeping up with the reading. Before my study group, I found myself often resorting to online case briefs, which left me feeling less confident and less prepared for class. I didn't want my study group to make my time management challenges even worse. I wanted to find a way to use my study group to save time, be more prepared, and have more fun than I would preparing on my own.
The formula I came up with accomplished all of those things better than I anticipated.

Divide and conquer, return and report
Each week, we rotated who would be the "experts" for a given subject. We decided to have two experts at a time for each subject to create a bit of an internal auditing system or safety net. We rotated subjects to keep us all comfortable reading and analyzing cases across all subjects.
When you were an "expert" for a subject, you would read very carefully and take thorough notes which you would post to a shared Google Drive folder. Then about 20 minutes right before each class that you were an expert in, you and the other expert would get together with the whole group and explain anything confusing and answer any questions the group might have.
Being an expert took more time than preparing independently, but it resulted in more critical reading and better note-taking because you knew the others in your group were relying on you. As a little aside, I found this process to be helpful in preparing me to be an effective attorney after law school because any time I read a case, I was reading carefully with a client in mind (my study group).
Though being an "expert" in a subject took more time than typical preparation, being a "non-expert" in the other subjects saved more than enough time to compensate.
When you were a non-expert for a subject, you could skip reading the case book entirely and just read through two sets of thorough notes the night before the class. That's what I usually did. It typically took only about 20-30 minutes to read through both sets of notes. I did it before bed, so that it would be easier to remember the following day. Then right before class, I would show up to my study group to enjoy whatever else I could learn from the experts.
I was often surprised to find that many of the questions we discussed before class specifically came up during class. I always felt prepared and my professors had no clue when I hadn't "done the reading" (at least in the conventional sense).
Results
The folks I recruited to my study group initially only committed to a two-week trial using the above-described method. After two weeks though, everyone enthusiastically wanted to continue and we even picked up another member. Though it made an odd number, we figured out a rotation that gave each of us a week "off" every so often (which helped us make time for papers and such). We followed the formula for two semesters straight.
One nice thing about the law school I attended is that you are in the same classes with many of the same students for the entire first year, which made this model work well. However, the model didn't work as well for my second and third years because everyone was taking different classes. Our first year, with only one or two exceptions, we performed better in terms of grades than we did during our second and third years. In other words, we generally outperformed ourselves academically when we worked together using the model above. And we saved time and had fun.
Lifelong benefits
Part of the value of a study group is the friendships you create. We still do BBQs and Christmas parties together. Most of us are heading up to Canada this summer to attend the wedding of one of the guys in our group. I consider the crew among my very best friends.
Another part of the value of a study group is the professional network it eventually creates.  And here again, the more diverse, the better. One of us went to work for a huge firm in London. Another is working for the FBI. Another is a real estate broker. Another is working for a small firm. Another is working for a legal aid organization. Another is working for a mid-size firm and beginning a pivot into politics. Another is working for a tech company. And then there's me, who did a stint as an assistant attorney general in American Samoa, before founding a revolutionary law school study aid company and returning to work for my alma mater.
Figure out something that works for you
Though a study group makes sense for most students, it may not make the most sense for you. Also, if you do form a study group, the type of study group I described may not be the Holy Grail for you, like it was for me. Your circumstances may be different than mine were. Your law school path is your own and I only hope that you walk away from reading this with some fresh ideas about study groups and how you might make the most of them. 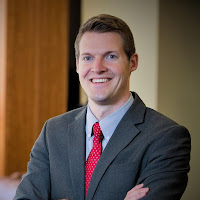